JavaScript has currently been disabled in your browser. For an optimum experience, please enable JavaScript. 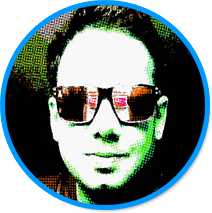 Yikes. I've to write about myself.

I am a writer. And I hate writing. It scares me. Like a Japanese horror movie.

But let that be. Let me tell you who I am. It is far less scary than the grudge or the ring.

I am an advertising professional. I am a writer, a brand strategist, a creative consultant, a poet, and well, an obsessive-sunglasses-wearer. I own 18 pairs. Yes, that's a little cuckoo, I will submit.

I started writing when I was very young. I wrote to express myself, and often got reprimanded severely by my parents for it. Because I chose to write on the walls of our home. With Camlin Crayons.

It carried on. I wrote and wrote through a very meaningless journey through college that taught me only one thing: Jim Morrison. No, two things. Marijuana and Jim Morrison. Which is not bad for a college, actually.

I eventually became a journalist, did about 18 months as a reporter and a feature writer, and soon got disillusioned with journalism. All of a sudden. Just like that.

And then I chose to be the writer that most writers detest. A copywriter.

I have done time (close to two decades now) in prestigious agencies like Ogilvy Bombay, Batey Singapore, Contract Bombay and McCann Bombay. Then, in January 2011, I started a little boutique agency called Acid, which I presently run from Bombay.

Also, occasionally, when I see a script I like, I direct it. Yes, I'm also a filmmaker. Elsewhere on this site, you will see some incriminating evidence of those endeavours too.

That's it, I guess. Fear of writing strikes again. I am off to watch a Japanese movie about a scarecrow in Kyoto that casts evil spells on people who walk past its shadow.